on June 29, 2014
Well the last 2 weeks have flown by but they have been full of fun and visits to some interesting and lovely places.

Yesterday I did get out and visit Tattershall Castle one of those places that at least partially survived Cromwells destruction of Royalist strongholds.   Here he commanded that the fortifications were demolished but allowed the tower to stand. 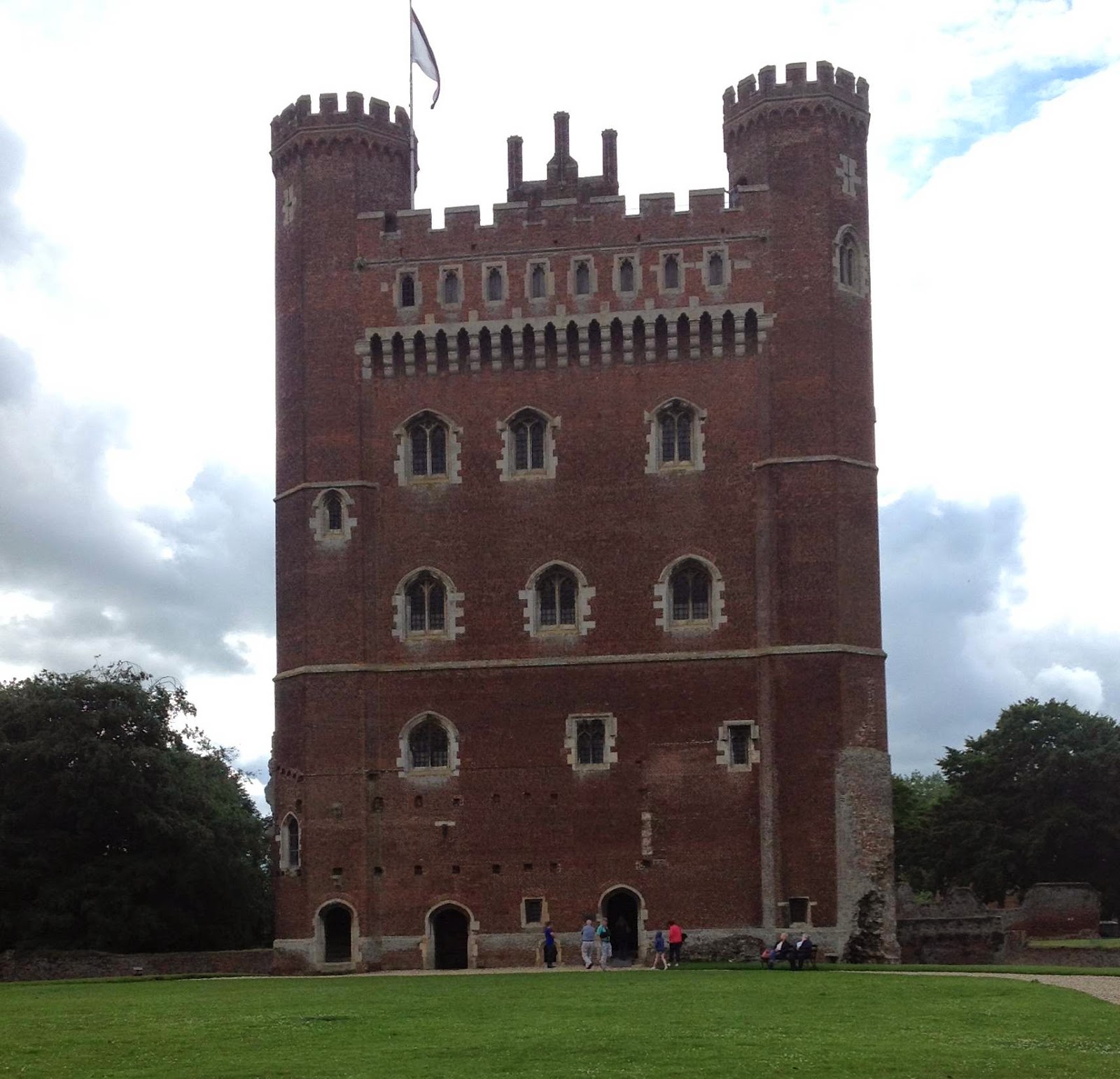 Today visitors can walk right to the top, 149 steps up a spiral staircase.    The stone hand rail is smooth from hundred of years of use and who knows how many hands.    The stone steps have all been filled in where years of use had worn hollows into the them.

The visit set off a train of thought about England's History especially the reign of Henry viii and later the 1st Lord Protector Oliver Cromwell.    First Henry in the 1530's ordered the confiscation of church property especially the rich abbeys Thronton amount them.   This led to their eventual falling into ruin, today they are quiet and interesting places to visit frequently in wonder at the workman ship that built them in the first place.

Then the British Civil War leading to a puritanical government and Cromwells 'reign' of terror resulting in so many old Norman established castles being destroyed.    Two significant periods both with their roots in religion both leading to bloodshed and destruction.

So another good day out ended with a visit to Let's Create, Jo Channon's shop in Tattershall.   Well being in the area it would have been rude not to visit wouldn't it?

Today, well for now I'm listening to/watching a recording of the Shadows Final Tour in 2004.   All that magical 1960's music and so much fun seeing these veteran musicians enjoying their music and still making the moves they did nearly 40 years earlier.