One layer Transport for Dad in my preferred bedroom colours 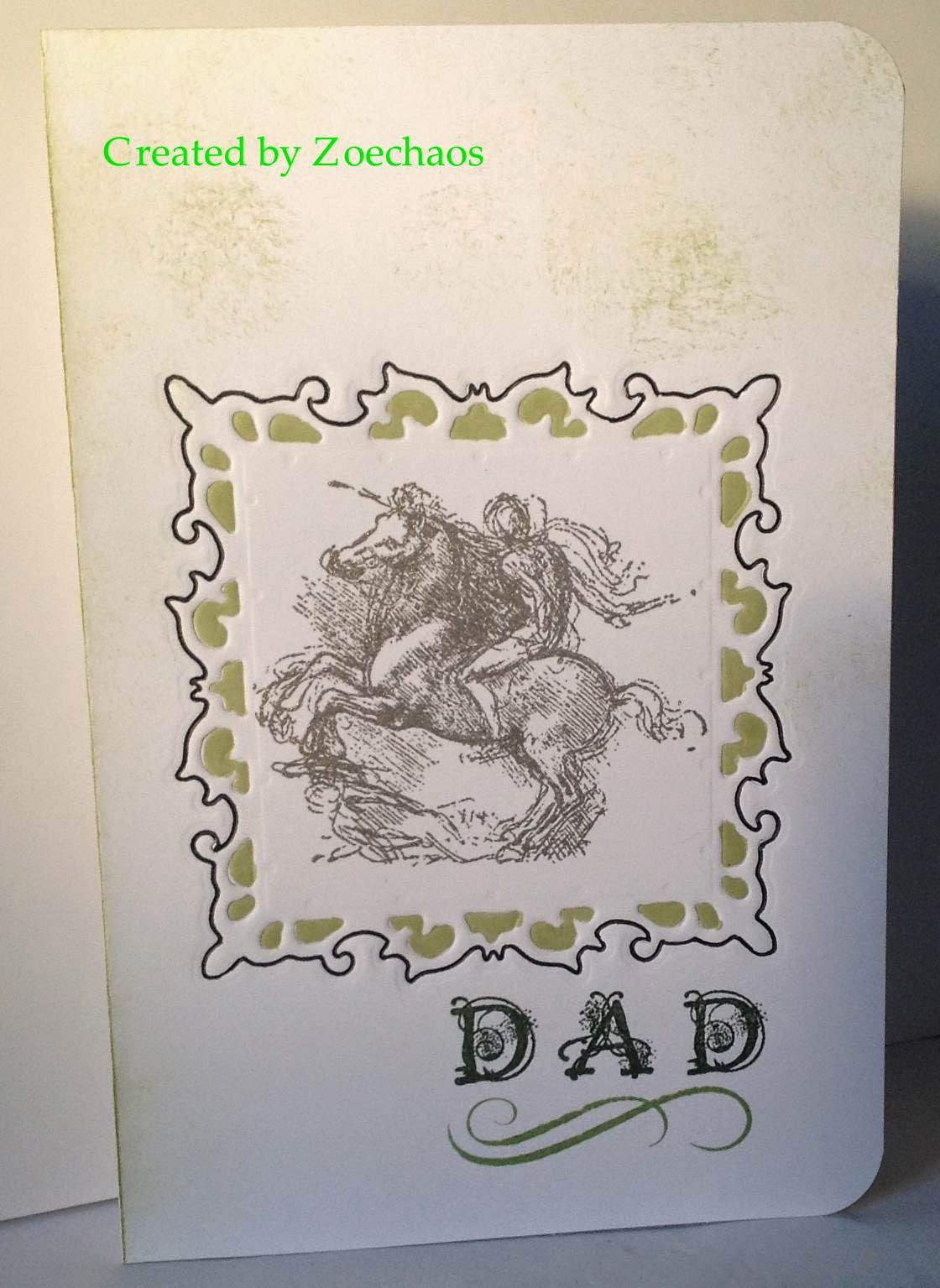 Well I guess the title of this post give you a few clues as to the content.   It's a card, suitable for Father's day, mine died in 1999 we were not fond of each other but he would have liked this card and if I'd had the various elements used I might well have made it for him.

Challenges in my mind as I created it:

Addicted to CAS - Transport.   The horse image is an old magnate one picked up in a bargain bin it is a great favourite.   This was stamped with Brilliance 'Lightening Black', another old favourite.

Less is More - The colours in your bedroom.   Well since moving here I've done quite a bit to the house but not decorated my bedroom.   However the things I've brought for it and introduced in to it are all Black or Green.   You might know of my love of green.

Allsorts - One Layer Cards they have made stunning samples this week so very worth checking them out.   For my one layer design I used a Spellbinder die to emboss the centre square for the image.   Parts of the embossing (those that would have been cut out if a cutting plate had been used) were coloured with ProMarker & the outside line traced with fine liner in black.    Green DI has been dusted over the crease of the card and touched in other places to give a slight distressed/aged feel.   Water was also spritzed over the DI.

Country View Challenges - For Men Only.   Another favourite used for the word DAD, it is another old set from the Stamp Bug.
Brillince Ink Pads Letraset Stamp Bug