Yep the muse is waking must be spring! 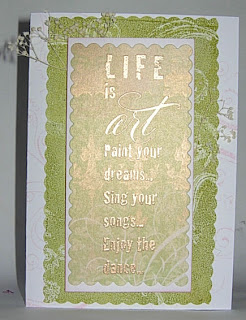 You would not believe it looking at this but i have inky fingers. Had a play this morning with my Gelli pad.   It was first inked with DI the pad tapped all over it and then a small hard red brayer used to spread the ink.   Floral, Swirl stamps laid over the ink gently pressed in then lifted, card placed over pad and brayer used to press card onto pad evenly.    Mat for this card cut from result.

Blank white card stamped with same floral swirls in pink.   Another price of white card trimmed to fit under the sentiment stamped topper and the edges lightly dusted in the same pink.   The sentiment stamped and embossed onto designer card but with a spellbinder die.   The matted sentiment is raised on pads and a couple of dried flower sprays make the filling of the card sandwich.

Before undertaking this little play I was out on my new bike, just cycling round the estate it has been more than 40 years since i used to get around on 2 wheels.    There is talk of a cycle ride from Deeside to Grimsby later in the year something I quite fancy being part of.   So a lot of practice is needed if that ambition is to be realised.   And yes I did fall off, twice something to do with my stopping technique hopefully that will improve sooner rather than later.    Anyway rain stopped play, now I'm watching the highlights of the Australian GP.

Now what can I get up to?
Email Post
Labels: gelli pad wow 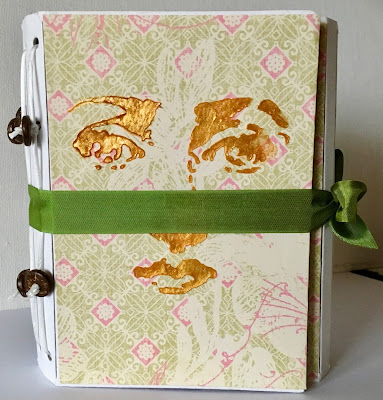 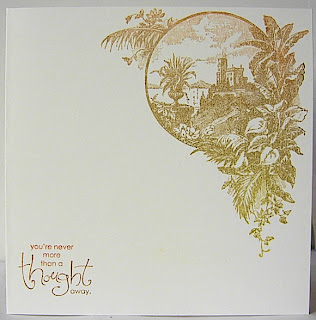