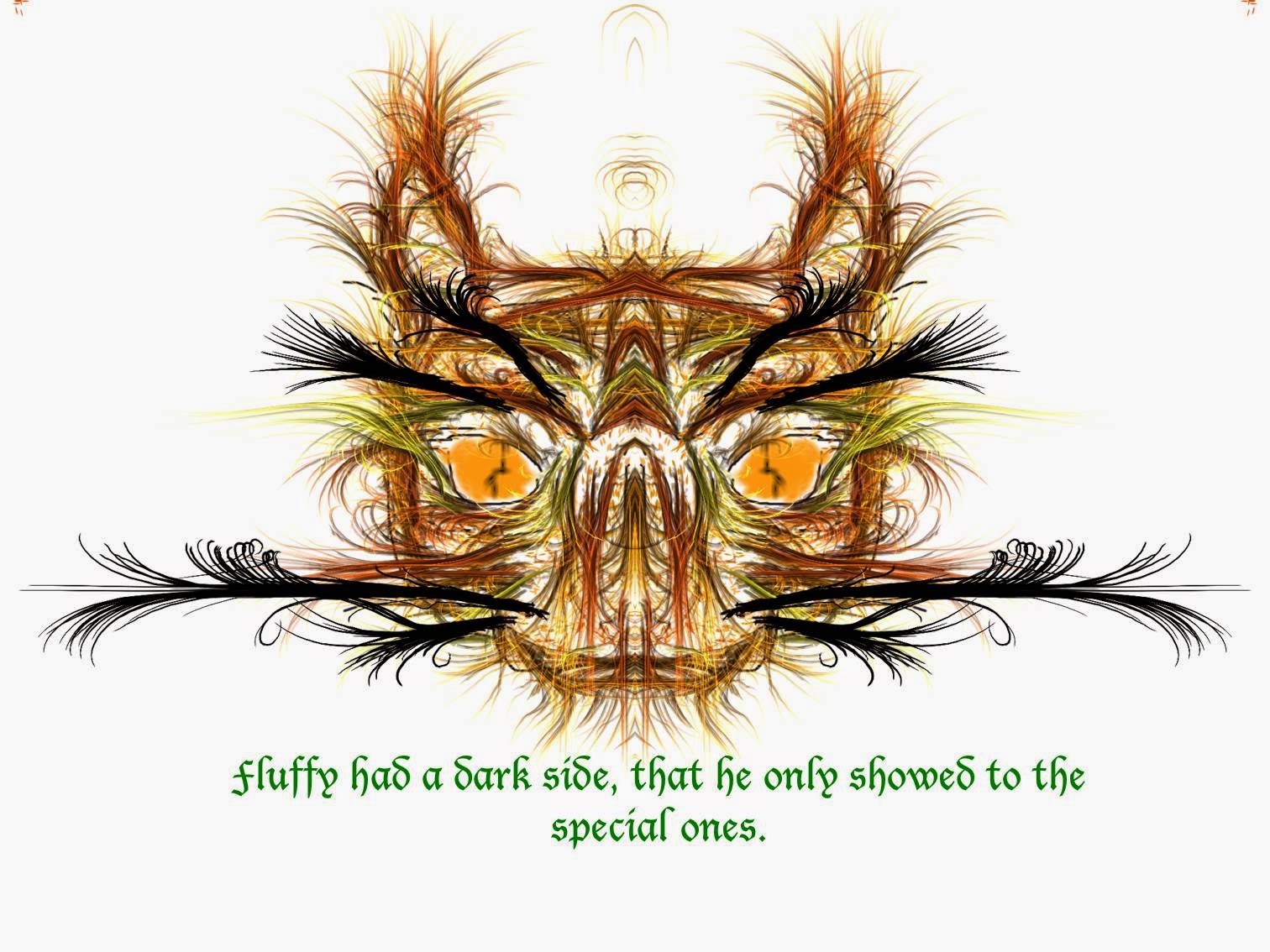 Sharing something just a little different for me, an image created digitally no paints, pencils of brushes were used in creating this, just fingers.   During the week I downloaded a couple of 'free' apps for my iPad.   Drawing Desk and Fingerpaint.   These are so much fun have been playing most evenings and am starting to get the hang of them but guess it's the sort of thing that the more you learn and understand the more you realise you have to learn.

This one started with a silly finger sketch on Drawing Desk, saved that and re-opened it in upgraded version of Fingerpaint I purchased after falling hook line and sinker for the program.   Using various tools in the program the original sketch was overdrawn and fluffy came into being.   As someone with 3 moggies I am well aware of the cute kitten persona they show to their humans.  Cat politics are quite straight forward, they are territorial hunters capable of a lot of straight talking with displays of teeth and clews, hence fluffy's dark side.

Edited in Pixelmator, the photo editor I use on my Mac Air.   If you had asked me a year ago I'd have said no way would I be an Apple Junkie oh how wrong I would have been just 2 months later I went all Apple.   iPad, iPhone & MacBook the works!

Enjoy the week-end, I'm going to!